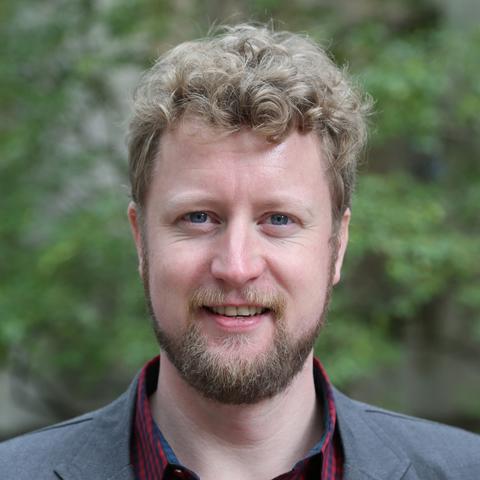 Hanno’s interest in Green Chemistry was first sparked during his German combined undergraduate and Master’s degree in chemistry, during which he completed a minor in International Sustainability Management after spending an exchange year in the laboratory of Prof. Luis at Universitat Jaume I in Castellon, Spain, working on ionic liquids.

During his time at McGill University, supervised between Profs. Cooper, Maric, Leask, and Nicell, Hanno developed greener plasticizers to replace the notorious phthalates in a very multidisciplinary fashion. His work focused mainly on diesters of maleic and succinic acid and included their synthesis, their biodegradation kinetics and pattern when exposed to common soil bacteria, the viability of mammalian cells exposed to these, and several material and rheological properties of blends of these with PVC. Complementing his research efforts, Hanno also trained and supervised several graduate and undergraduate students during his Ph.D.

His work on green plasticizers was part of a larger CIHR-funded collaboration to develop plasticizers devoid of reproductive toxicity and included close collaborations with Profs. Robaire, Hales, and Papadopoulos at McGill. From this, especially the succinates showed great potential- which did not go unnoticed by some of the companies producing microbial-sourced succinic acid.

From his prior experience, Hanno is very passionate about the interfaces of chemistry with toxicology and material science, respectively. Currently, he is trying to better understand the health implications of “vaped” e-cigarette liquid by determining what kind of chemical transformation occur. Hanno is also doing organic synthesis with a particular focus on the chemistry of C-glycosides.

Differences in flavourant levels and synthetic coolant use between USA, EU and Canadian Juul products

Designing for a green chemistry future

The Green ChemisTREE: 20 years after taking root with the 12 Principles