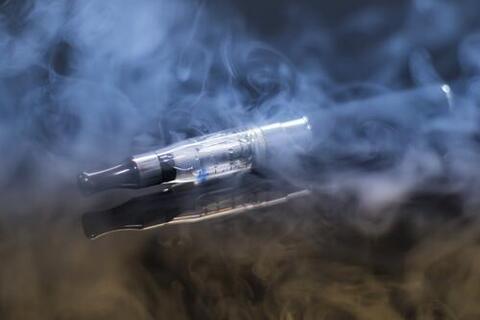 Building on prior work that identified a synthetic cooling agent – WS3 – in European-marketed Juul e-cigarettes, the authors identified a range of US-marketed refill liquids and disposable devices (“Puffbar”) that contained the synthetic coolants WS-3 and WS-23. Synthetic coolants were initially developed by the Wilkinson Sword (WS) company for shaving applications, and they have a similar or stronger “cooling” effect than menthol but lack its distinct odor. This is particularly relevant as several countries have or are in the process of implementing cigarette menthol bans, which may be circumvented with synthetic cooling agents if not implemented carefully.

Synthetic coolants are mostly used in food applications such as chewing gum and as a result, their inhalation toxicology is unknown. In this study, the author team showed that both identified synthetic coolants quantitatively reach the aerosol in a low-power e-cigarette (Suorin iShare); in addition, and in collaboration with toxicologists at Duke University, the authors used the Margin of Exposure (MOE) approach to determine what quantity of e-liquid/disposable e-cigarette use might be of concern to users. The paper’s conclusions noted that synthetic cooling agents were also found in flavors beyond mint, and that the substances were found “at levels that pose potential health risks to users”.